I’m in Austin..Get Me Out of Here!

My experience of Austin was very…odd.
In the heart of Texas, I was expecting it to be all things cowboy, but it wasn’t like that at all. Don’t get me wrong there were all your typical boot and hat stores like you can find anywhere in the state but in reality it was just like any other city. Except, the heat, that was far from acceptable.

Our introduction to the city was… indescribable. We had a long 10 hour drive into town and found the place we were going to be staying. We had booked our accommodation through Air BNB and although they are usually an extremely good company to book with, the only downside is that the property owners don’t always give full and detailed descriptions. So, we arrived at someone’s house just on the edge of the city, confused if we were in the right place. Our tour leader continued to enter the property and speak to the owner who was dressed in, you guessed it, a cowboy hat and boots, checked shirt and shorts. It was a sight. He went on to lead us to the back of his house down a narrow driveway that our truck only just managed to squeeze down. What we were shown was a back garden with a non-flushing toilet, hose pipe, outdoor sink, an outdoor “shower” (which only had ice cold water) and oh, chickens. Yes, there were chickens. After thinking it was a practical joke, we soon came to realise this is where we had to set up camp so got as comfortable as possible and tried to make the best of it. 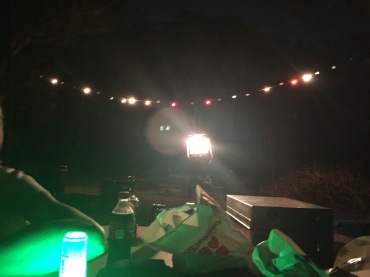 The good thing about being with a group of such amazing, like-minded people is you can make even the worst situations bearable. Even though it was such a state we laughed about it and knew it would always be an experience we’d always remember. On the plus side, the owner bless him did make an effort and out up fairy lights to brighten up the place a bit. Whatever works I guess.

To make the most of our stay we headed into the city centre to a bridge which holds a unique even each night at sunset; they release several hundred bats from under the bridge to go flying around. It may sound a little boring and not your usual “go to” attraction but it was actually incredible to watch. It did make me wonder how they manage to catch them all ready for the next show…something I’ll never know. I was also curious to find out if the saying that when a bat leaves a cave it always goes left was true. It is.

The best thing about being in Austin at night is wandering around hearing all the music blurting out from all the bars. In some cases it was like they were all competing to see who could be the loudest and attract the biggest crowd. Most of them had live musicians so the atmosphere was just incredible. This city is very big on their music scene, there were even guitar statues and fairy lights down the streets. It really does set a scene. What I found the best thing to do is, if you’re under the legal drinking age, go and grab some frozen yogurt and sit on a bench listening to all the tunes up and down the street. One of the bars we came across was called the Friends Bar (no reference to the sitcom like I thought) which allowed minors in before 11:00pm so we were straight in there! 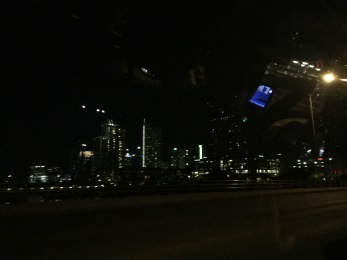 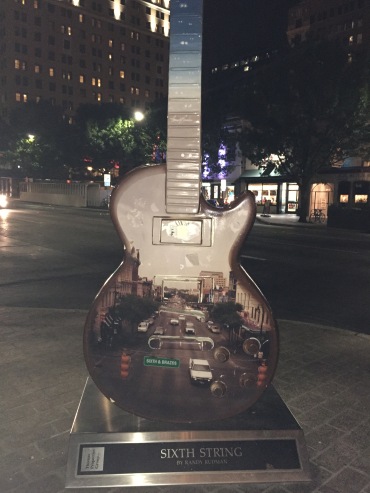 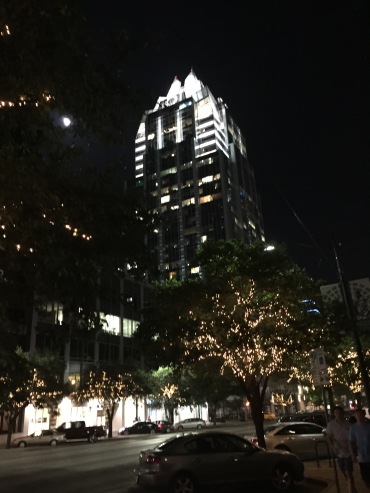 The highlight of the night had to be when we had to return back to “camp”. We were trying to get a taxi and ended up at some posh hotel with a line of cabs and tried to take one of those. However, as there was not much of a queue, several cabbies got out and spent quite some time arguing over which one of them was going to take us but we got there eventually. When we got back the camp didn’t seem as bad (probably because the only light we had were our torches and the fairy lights so not much was visible). It was highly frustrating trying to keep ourselves entertained playing UNO because of the crazy amount of bugs flying around but we still gave it a good go.

Now, camping in Texas is highly uncomfortable, not just because of the crazy amount of bugs, but also because of the humidity. Literally, you can’t just sit as still as a rock without dripping in sweat and being in tents feels like your sleeping in a sauna. It’s far from pleasant let me tell you. After managing to finally get to sleep after numerous attempts, I was woken by one of my fellow trek mates who thought it would be highly amusing to put one of the owner’s live chickens in my tent. Not the best way I would have liked to be woken up that’s for sure. But, after an ice cold shower and some souvenir shopping, a trip to a little British themed cafe for breakfast soon had everyone in high spirits. Two nights of camping in the sweat box of a Texan’s chicken and bug infested backyard was more than enough for me. It felt like I was on I’m a Celebrity! 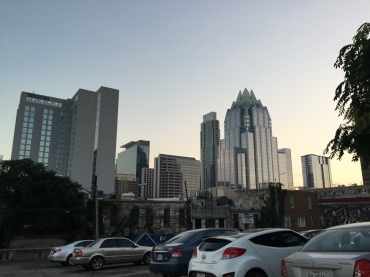 To try and cool down a little after a morning of shopping and sightseeing, we went to Barton Springs. This is a recreational outdoor swimming pool (the biggest one I’ve ever seen) filled with water from the nearby natural springs in the grounds of Zilker Park. It’s known as one of the crown jewels of Austin and is around three acres in size and also heated so is suitable to visit any time of the year. The best part is you don’t have to be a swimmer to go, there is plenty of grassy areas and loungers around the water for all you sunbathers, cafes for snacks and even a museum called “Splash” on the grounds where you can learn about the history and biology of the springs and the Edwards Aquifer which feeds it. It’s just crazy imagining this to be in the middle of such a large city.

Austin is a great place to go for a few days or for a taste of Texas with it’s crazy good BBQ food and catchy music blurting out down every street. However, go prepared, make sure you’ve got enough sun cream, bug spray and deodorant for an army.